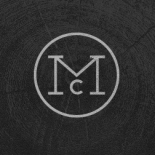 Musings of the Certifiable

Where intelligence gives way to madness.

Contrary to Grandma’s Thoughts: It’s Alright to Be Single at Family Holidays

Thanks to Jane Austen, and that the holiday season is approaching yet again, you have the privilege of running the gauntlet of questions from your well meaning relatives. It is at this point you feel obligated, based on the look of horror your parents are sporting, to explain as to why you are not married and carrying an easily damaged, miniature version of yourself around. This is a growing trend that families are being put off later into life, so take notes dear friends and get ready to have a well crafted answer for Grandma when she offers her dating advice.

You and I can double with my Bingo partner and his granddaughter!

No one will argue that life is beginning later and later with each new generation, but it is creating a fundamental difference with this current group of under 30’s. A few generations back people got out of high school, got real jobs, and started pumping out babies. Once you stopped being a kid, you were expected to start having them because you needed to grow up. Sure, families were put on hold occasionally, but that was so that they could go across the pond to kick Hitler in the teeth. Even that was just a temporary pause though, until they could get back home to all that sweet baby making.

Times have vastly changed, with the majority of people putting off real life until at least 22, due to the rapidly growing trend of going to college. Despite that, for some reason the previous generation’s timetable seems to still form the foundation of our understanding of a successful adult. People are starting their real lives later these days due to going off to college and not even entering the real world until their early twenties. Most of you were probably like me upon graduation and moved back into your childhood bedroom that your parents had kept intact for you.

That is not to say there is anything wrong with that, but it certainly does add a level of difficulty to getting yourself a family going. Graduating college was certainly an ordeal in and of itself, but then you got dropped into this awful world of the job search too. Through all of this, the expectations remained that you would get your shit together and have a meaningful relationship to show for it.

Sometimes it just does not work out that way and then you are left to figure it out post college and let’s face it, you are living at home because you are poor and don’t have a vast set of skills to get your career going yet. So if you are leaving college without a sweetheart already in tow, good luck feeling confident while spitting game when you are poor and unemployed. Thankfully there is a slight curb of acceptance developing that allows for you to push back starting a family without as much backlash. 60 years ago if you were in the exact same situation that I find myself today of being 25, single, and looking for my purpose, your parents would have locked you in the basement and told the neighbors you died of Hay Fever.

Kids? We never had kids.

As is well known, the job market is not exactly ripe for the picking currently. This knowledge takes the focus away from family and puts it more so onto one’s career. There is a very good chance that most people coming out of college recently have latched onto whatever was hiring in order to be doing something, regardless of job function or poor compensation. When you are not in a career that you have passion for and not making any money while doing so, you start to prioritize things differently. The thought process becomes less about a successful relationship, but more upon the idea of getting your shit in order so that by the time you do get into a promising relationship, you are not trying to support a household while still cashing checks by taste testing recreational lubes.

Without having a settled career path, this generation is much more likely to be willing to relocate. When you tie in the search for a job with the desire to want to leave from where they grew up, the recipe that is concocted is not one that is compatible with starting a family. There is no reason to force something to work before one is even able to set up shop. You have to find a place to call home before you can commit to the idea of a family.

With the advance of social media and technology, there is a much better chance that you and your group of friends stay closer to each other longer. This creates an atmosphere where you consistently have people in your life that understand you below the surface level. Granted, this does not replace the desire for a relationship and a family, but the need is not as dire because you are still getting a deeper understanding from people who have known you for over 10 years. It may not be the love you have in mind, but it’s not loneliness either, so it allows you to keep calm down your desired path. If you start spooning one your buddies while watching Taken 2, it might be time to start looking to fill the void other ways and stop doing that.

Or pretty much anything Braff does on Scrubs.

The point is, there are plenty of logical reasons as to combat the barrage of your family’s questions about your lack of significant other around the holidays. While being well armed will never subdue the look of shame in some of their eyes, it is a solid start to keeping the upper hand in the conversation. And if taking the high road fails, you can always rely on being your usual smartass self to get you through when the family starts asking that irritating question of, “So where are YOUR kids?” 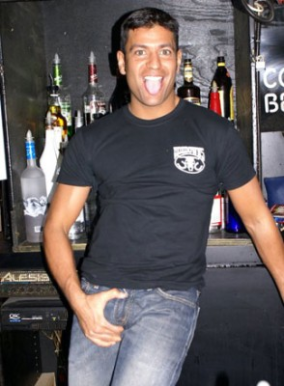 This entry was posted on November 21, 2012 by Geoff in Life Lessons and tagged Career, College, Family, Growing Up, Holidays, Kids, Love, Relationship.

I should be ashamed of

Haven’t Had Enough Yet?

I am a 28 year old recovering optimist who calls Chicago home. Your mom would like me.